Home » German North and Baltic Seas not in good condition

German North and Baltic Seas not in good condition 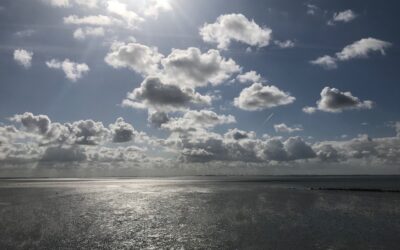 Many species of fish, bird and mammals and their habitats in the North Sea and Baltic Sea are exposed to heavy pollution, say the latest reports on the condition of both bodies of water which the federal government and the coastal federal states have drawn up to implement the European Marine Strategy Framework Directive (MSFD). The biggest problems are eutrophication (oversupply of nutrients), fisheries and marine litter, and plastic litter in particular. Non-native species continue to be introduced to the North and Baltic Seas and threaten native ecosystems.
President Maria Krautzberger of the German Environment Agency said: "The data show that past efforts to protect the oceans are not sufficient. The current findings will be incorporated into the next national programme of measures for the protection of oceans after 2022. The new programme will not only take up new measures but also implement existing measures more speedily and effectively. Pollution of the marine ecosystems with nutrient inputs from agriculture and the impact of fisheries (e.g. bottom trawling) must receive more attention. The first step to fighting marine litter is the prevention of plastic waste."

55% of Germany’s North Sea water are affected by eutrophication, says the report. Nutrient pollution with nitrogen or phosphorus can be traced mainly to agriculture. Eutrophication can lead to turbidity, toxic algal bloom, oxygen deficiency, and loss of biodiversity. Only 6% of waters in the North Sea are in good condition on this account. The situation is even more worrisome in the Baltic Sea: eutrophication was determined in all the sampled water; none is in good condition.

Marine litter also continues to be a serious problem. Some 90% of the litter on the sea bed and on beaches in the southern North Sea consists of plastic. The share of plastic litter in the Germans Baltic Sea is 40% on the sea bed and 70% on its beaches. Ms Krautzberger said: "The ban with the EU plans on certain plastic items such as drinking straws or cotton buds is a step in the right direction to reduce plastic waste and its input to the oceans. Recycling must also be strengthened, for example by imposing a high recycling quota on producers."

Non-native species continue to be introduced to the North and Baltic Seas and threaten native ecosystems. Some of the alien species introduced into the Wadden Sea in the last century, for example the Pacific oyster or Japanese wireweed, have changed the ecosystem. Between 2011 and 2016 eleven new non-native species were found in the Baltic Sea; there were 22 such discoveries in the North Sea. These species are unintentionally introduced mainly due to shipping and marine aquaculture. The International Convention for the Control and Management of Ships’ Ballast Water and Sediment, which entered into force in 2017, can help to reduce the discharge of non-indigenous species.

The sea bed habitats which were investigated are also not in good condition. Negative factors include inputs of nutrients and pollutants in particular as well as large-scale impairment as a result of bottom trawling in the North Sea. Raw material extraction and infrastructure projects such as the construction of wind energy farms and the laying of cables and pipelines harm more than just the ocean floor – they also cause noise which has an adverse effect on marine organisms. These harmful influences could be reduced significantly by creating regeneration space and by orienting maritime activities more closely to the protection and preservation of marine ecosystems.
Maria Krautzberger said: "Policy measures at international level are needed to ensure better protection of the seas and oceans. Individually, we can of course also make a contribution, for example by being mindful of the amount of plastic we use, or by sorting our waste properly to ensure it can be recycled and not end up in our waters."

The MSFD (2008/56/EU) has provided the framework for comprehensive protection of the oceans in the EU since 2008. The aim of MSFD is to achieve good environmental status of marine waters by 2020. The Directive requires the Member States to monitor pollution and the condition of species and habitats in terms of eleven descriptors including contaminants, eutrophication, marine litter, submarine noise, physical and hydromorphological properties of the ecosystems, and biological disturbance. In order to implement the Directive Germany adopted the first package of measures to protect marine waters in 2016. The current findings will provide the basis for the upcoming review and adaptation of the measures in 2021/2022.
Source: www.umweltbundesamt.de