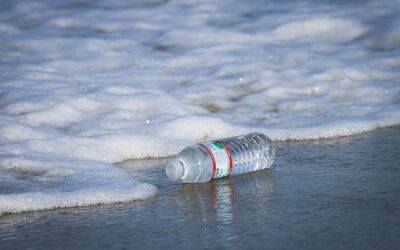 RESPONSE – Towards a risk-based assessment of microplastic pollution in marine ecosystems – is the sixth project to be awarded funding under the joint call on microplastics in the marine environment. It is coordinated by Prof. Francesco Regoli from the Polytechnic University of Marche, Italy, and composed of a scientific consortium of 14 research institutions from 11 European countries. The project combines expertise on oceanography, environmental chemistry, ecotoxicology, experimental ecology and modelling to answer key research questions on the fate and biological effects of microplastics and nanoplastics on the marine environment. The ultimate aim of RESPONSE is to develop a ‘Weight of Evidence’ quantitative model for microplastics and nanoplastics, to integrate and differentially weigh data from a suite of lines of evidence. These include the presence of microplastics and nanoplastics in water column and sediments, their bioavailability and bioaccumulation in key indicator species from benthic and planktonic communities, sublethal effects measured via biomarkers, the onset of chronic adverse effects at the organism level, and ecological functioning.
The project will receive funding in addition to other five research projects on microplastics initially selected in September 2019, in response to the second joint transnational call for proposals on microplastics in the marine environment launched by JPI Oceans member countries with Latvia and Brazil in 2018. The projects – ANDROMEDA, HOTMIC, FACTS, microplastiX and i-plastic – will conduct research on the sources of microplastics, methods for identifying smaller micro and nanoplastics, and the monitoring of circulation in marine systems and effects thereon.
The six projects officially started in spring 2020, with some delays due to the COVID-19 crisis. A joint virtual kick-off meeting will be organized in May 2020 to facilitate exchange and synergies between the projects.
Further information: www.jpi-oceans.eu