Home » Scotland plans to transition to a net-zero society

Scotland plans to transition to a net-zero society 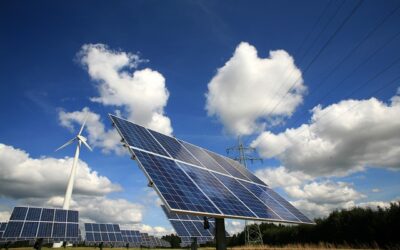 Views are also being sought on the creation of a High Ambition Climate Network to lead the way.
Launching a consultation on the proposals, Climate Change Secretary Roseanna Cunningham visited Saughton Park, Edinburgh, where a hydro-electric scheme is being built to remove more than 90 t of CO2 from the city each year. Ms Cunningham said: "Scotland’s transition to a net-zero society is an investment in our present and our future and will require collective action across society (…)".
Further statements on the subject are available here.

This means that the organization will reach the goal five years ahead of national target.
According to Scottish Water, they will develop a route map for progress working with both the water sector and wider public sector. Activities will include increasing the amount of renewable energy generated and hosted to 300% more than the energy consumed, leading on biogas generation and recovering energy from waste water to convert into heat.
Douglas Millican, Chief Executive, Scottish Water, said: "(…) We’re absolutely committed to doing all we can as a major public body providing vital water and waste water services throughout the whole country to reduce the impact we have on the environment. It’s not just our duty and our responsibility – it’s the right thing to do."
Further information can be found on the organization’s website.
Sources: The Scottish Government, Scottish Water