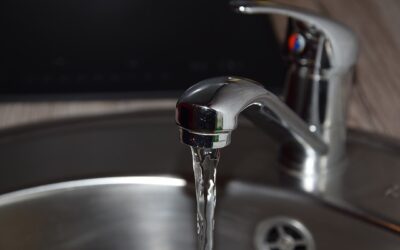 One of the tasks of municipalities is to guarantee reliable water supply. However, realistic planning is becoming increasingly difficult as water demand depends on various influencing factors such as demographic and climatic developments, changing economic structures, new water technologies as well as the habits of various consumer groups. In order for municipalities to be able to plan for the long term, they need water demand analysis for their area of supply and that is where the new forecasting model from ISOE comes in handy.

A typical phenomenon in many German cities: even though the population is increasing, the demand for water is declining. There are many reasons for this development: more efficient household appliances that require less and less water, modern sanitary equipments and more economical consumption, among other causes. Identifying all these changes at an early stage can increase planning security for municipalities – also in the opposite case, if an increasing demand leads to bottlenecks in the water supply.
Because investments in infrastructure require long lead times, municipalities are dependent on long-term forecasts. “The commonly used data such as nationwide average values of per capita consumption or population figures are not sufficient for their planning security,” says ISOE water researcher Stefan Liehr, who co-developed the forecasting model at ISOE to determine future water demands.

“Compared to the past, more detailed data are now available on socio-economic or technical factors and those concerning settlement structures. This allows to paint a more precise and small-scale picture of the expected development of demand,” says Liehr. Trends such as water-intensive consumer behaviour or the increasing use of alternative water sources such as rainwater and industrial water must also be taken into account. ISOE’s integrated forecasting model includes all relevant influencing factors and offers municipalities a high degree of detail down to individual districts or quarters.
In addition to the technological water-saving potential of households and businesses, the dynamic population development and economic development are among the particularly relevant influencing factors. “In addition, extreme weather conditions are expected to lead to fluctuations in water demand over the next decades,” says Liehr. Using a geographical information system (GIS) as well as customer and expert surveys, the analysis is based on small-scale consumption statistics, data on population, housing, settlement and economic structures as well as statistical and spatial analyses.
Source: ISOE