Home » PFAS: reported levels could be just the tip of the iceberg

PFAS: reported levels could be just the tip of the iceberg 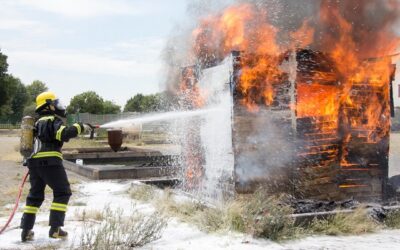 The reported levels could be "just the tip of the iceberg," as most of the chemicals are still migrating down slowly through the soil, according to Bo Guo, University of Arizona assistant professor of hydrology and atmospheric sciences.

Nearly 3,000 synthetic chemicals belong to the PFAS class. They have been used since the 1940s in food packaging, water-resistant fabrics, non-stick products, pizza boxes, paints, firefighting foams and more, according to the Environmental Protection Agency.
The chemicals don’t break down in the environment, nor in the body, and a growing number of research papers have shown that PFAS contamination in water sources is widespread in the United States and that exposure is harmful to health.
"Because PFAS are in a lot of consumer and industrial products, they can get into wastewater. Treatment plants are not designed to treat these compounds, so these chemicals just stay in that water to get reused. It’s sprayed on soccer fields or used to recharge aquifers, for example," said Mark Brusseau, professor of environmental science. "PFAS can also get into the biosolids, which are land-applied as fertilizer, so there are all these sources, which means they could have entered the environment at many different time periods and repeatedly."

To understand how the chemicals migrate through the soil between the land surface and groundwater – an area called the vadose zone – University of Arizona researchers developed a novel mathematical model to simulate the different complex processes that affect the transport and retention of these chemicals.
Their findings are published in the journal Water Resources Research.
Their model showed that the majority of PFAS chemicals accumulate in places where air contacts the surface of water trapped in the soil, which significantly slows the chemicals’ downward march to groundwater. The researchers found that the chemicals will move even more slowly than expected through coarse-grain soils than fine-grain soils.