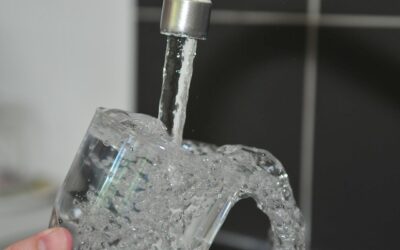 The European Commission welcomed the provisional agreement reached by the European Parliament and the Council in the end of December 2019 in Strasbourg on the recast Drinking Water Directive.
Commissioner for the Environment, Oceans and Fisheries, Virginijus Sinkevičius, said: "Citizens have called on the Commission loud and clear to propose an initiative to ensure guaranteed access to safe drinking water for Europeans. The Commission followed up on that call, made through a European Citizens’ Initiative, with an ambitious proposal. Today, the co-legislators have also heard that call and agreed to modernise EU rules, improving the quality of drinking water on the basis of the most recent standards, increasing access to water for all and enhancing transparency in this essential sector. Together we can and must protect the health and safety of our citizens."

Currently, drinking water is controlled “end-of-pipe”. The newly agreed rules implement the so-called risk-based-approach, allowing for further prevention and mitigation measures to protect drinking water sources. Another important change in the legislation will give the public easy, user-friendly – including online – access to information about the quality and supply of drinking water in their living area, improving confidence in tap water.
The agreed text builds upon and goes even beyond the recommendations of the World Health Organisation. These new EU rules will become a global standard and reflect state of the art technological innovation. They will minimise harmful impacts of pollution on both human health and on our natural resources, fully in line with the European Green Deal. They will tackle emerging pollutants such as micro-plastics, endocrine disruptors as well as new types of chemicals (PFAs). The agreement includes detailed hygienic requirements for materials in contact with drinking water and gives the European Chemicals Agency a key role to ensure that only safe substances can be used in pipes and taps in contact with water. This harmonisation will facilitate the smooth functioning of the internal market for products in contact with drinking water while improving public health.

The provisional agreement reached on 18 December 2019 is now subject to formal approval by the European Parliament and the Council.
Following approval, the Directive will be published in the EU’s Official Journal and enter into force 20 days later.

Most people living in the EU already enjoy very good access to high quality drinking water thanks in part to over 30 years of EU legislation on drinking water quality. The Commission proposed in 2018 a revision of the Drinking Water Directive (98/83/EC) in response to the Right2Water European Citizens’ Initiative. The proposal follows the REFIT Evaluation of the Drinking Water Directive and was accompanied by an Impact Assessment and by World Health Organisation recommendations.
Further information about the proposal is available here.
Text source: European Commission