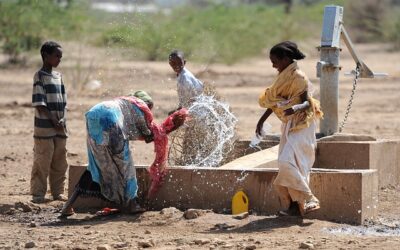 In the event featuring the United Nations Secretary-General, the President of the UN General Assembly, heads of ten United Nations entities and stakeholders from civil society and the private sector, the framework was welcomed by United Nations Member States.
Progress on Goal 6 is alarmingly off track. According to the Sustainable Development Goals Report 2020 there are 2.2 billion people around the world who still lack safely managed drinking water, including 785 million without basic drinking water.
And while the population using safely managed sanitation services increased from 28% in 2000 to 45% in 2017, 4.2 billion people worldwide still lacked safely managed sanitation, including 2 billion who were without basic sanitation. Of these, 673 million people practiced open defecation.
The SDG 6 Global Acceleration Framework has been developed in partnership with over 30 UN entities and 40 international organizations outlining a more efficient and coordinated support to countries to ensure global availability and sustainable management of water and sanitation for all.
Source: Read the full article on the United Nations’ website.