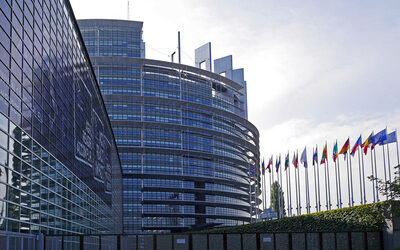 Under the pressure of water scarcity and locally reduced water quality the EU commission identified the reuse of urban wastewater as one of the alternative water supply measures for agriculture. Thus they formulated the proposal for defining minimum quality requirements for water reuse. The revised draft presented by ENVI achieved 558 votes in favor, 23 against and 66 abstentions.
As next step on the way to a binding regulation the European Council will set its position. After this, negotiations with EU ministers will start.
One substantial change with respect to the original draft addresses the responsibility for the quality of reclaimed water. While originally the companies that operate waste water treatment plants were named to be "primarily" responsible, a part of the burden is shifted to the distribution system operator as well as to the end-users now. These two parties are challenged to "maintain the quality of reclaimed water intended for a specific use and … keep in place permanent risk management measures …".
According to the data provided by the Commission, the total potential for reuse of water by 2025 is approximately 6.6 billion m3, compared to the current 1.1 billion m3 per year. That would require investment of less than EUR 700 million and would make it possible to reuse over 50% of the total volume of water coming from EU waste water treatment plants theoretically available for irrigation, avoiding more than 5% of direct extraction from bodies of wastes and groundwater.