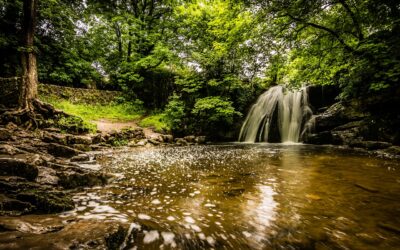 The UK already has less available water than most other European countries and the average person uses a staggering 150 litres per day. Sir James Bevan, Chief Executive of the British Environment Agency gave a strong warning earlier this year that the country is approaching the ‘jaws of death’ as parts of England are at risk of running out of water within 25 years.
The ‘Love Water’ campaign aims to raise awareness of the importance of water and the role everyone plays in protecting it. It is the first time that such a large group of partners have joined together to work with businesses and consumers to tackle issues such as pollution and wastage. The campaign is part of the British government’s Year of Green Action.
The long-term campaign is led by bodies including the Environment Agency, Water UK, Ofwat, NFU and Wildfowl & Wetlands Trust (WWT) among others. It will feature events and initiatives, such as beach and river cleans-ups and water saving projects, designed to engage the public and encourage them to enjoy water and the environment. Futhermore, businesses and other companies to get involved through promotional activity while pledging to do their bit to save water and protect the environment by reducing pollution and waste.

£100 million each year on clearing blockages

Many people in the UK are not aware that actions like tipping waste liquids down roadside drains, flushing wet wipes or washing up greasy pans in the sink harm wildlife and affect water quality by causing pollution in local rivers, lakes and the sea. The campaign will raise awarenedd of the small changes people can make to achieve a big difference:

Further information is available on the website of Water UK.