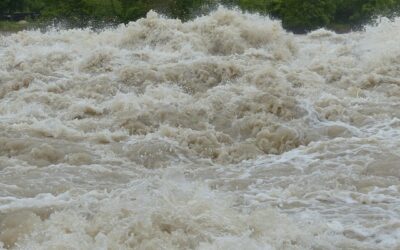 However, each year the country scrambles in search for an effective forecast and flood management system, owing to the lack of a tried and tested method.
It is identified that the low lying areas of the major rivers of Ging, Kalu, Nilwala and Kelani are more likely to be affected by floods. Certain tributaries of these rivers are unable to bear the sudden increase in the volume of water brought on by monsoon rains.

The Department of Irrigation says that an effective method to mitigate flood related incidents is by widening bottlenecks in the major rivers.
According to the Director General of Irrigation Department, Engineer S. Mohanarajah, a proposal has been put forward to widen certain identified areas of these rivers which create a bottleneck effect.
However, the problem is that the people in more populated areas have moved closer to the river banks by increasing the land, he said. As there is a need for advanced technology to overcome this issue, international consultancy is requested by the Director.
There is also a lack of funding for the feasibility and the implementation of this proposal, he further stated.

Residents living in the close proximity to the Kelani River say that, while the widening of the river is welcome, it should be carried out effectively.
Meanwhile, Leader of Water Risks and Disasters at the International Water Management Institute, Giriraj Amarnath, says that prevention mechanisms of both medium and long-term plans in flood management are the need of the hour.
According to him, when it comes to flood risk reduction measures, relevant stakeholders need to look at the whole process collectively with an integrated approach.
This marks the need for an effective flood and river management system to ensure that there is a proper interaction between precipitation and drainage basin response.
Text source: Ada Derana