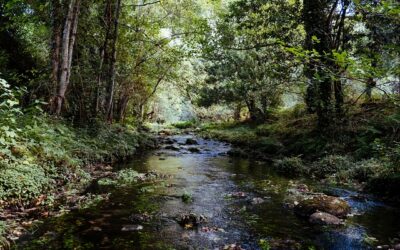 On January 23, 2020 the Trump administration finalized its plan to repeal critical safeguards that prohibit the dumping of industrial and agricultural pollution into sensitive waterways that provide tap water for more than 117 million Americans.
The repeal of the Waters of the U.S. rule, or WOTUS, will remove protections for many small streams and wetlands, which were put in place under President Obama in 2015. The rule determines which streams, rivers and lakes are protected from pollution by the federal Clean Water Act and extends protection for millions of acres of wetlands that filter drinking water.
Although environmentalists and the Environmental Protection Agency’s own science advisors oppose the Trump administration’s rollback of WOTUS, agribusiness, mining and the real estate development industries have pushed for its repeal since President Trump took office.

Small streams are where big rivers start, and the best science confirms that dirty streams lead to even dirtier rivers. Millions of Americans drink water directly connected to 234,000 miles of small streams that will now be unprotected as a result of the repeal.
"The damage President Trump is doing to the nation’s drinking water supply and to the laws and safeguards once in place to protect it is appalling and indefensible," said Craig Cox, EWG’s senior vice president for agriculture and natural resources. "Once again, the president is turning his back on science and the public’s health at the behest of polluters."
EWG estimates at least 72 million Americans in more than 1,000 counties throughout the country draw at least half their drinking water from small streams.
Source: The Environmental Working Group (EWG) Further news on this Topic are available here.