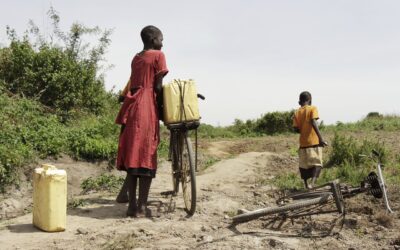 Total investments are 40 billion USD per year, to be financed for 50 percent by African governments and consumers, the other half by donors, banks and private companies, including climate adaptation funds. This Water plan fits in a broader ‘Marshall plan with Africa’, proposed by German Federal Minister of Economic Development Gerd Müller to create jobs, economic growth and rule of law. The plan will be discussed in 2020 in the EU. Working together towards substantial change, with funding including donors and banks (loans), boosting a whole continent and therefore contributing on a global scale, are key factors for the ‘Marshall’-approach. The SDG6 WASH Financing Plan for Africa includes “blended financing” (ODA, Government and Commercial/Capital Market Finance).
During an African Focus Session on the 28th of August in Stockholm, organized by the African Union Commission and AMCOW (African Water Ministers), the Marshall Plan for Water was applauded by the global water community. The proposal was welcomed by Dr. Canisius Kanangire, AMCOW Executive Secretary, and Mr. Gustavo Saltiel, Global Lead for Water Supply and Sanitation at the World Bank, calling it ‘a brilliant plan’. Mr. Saltiel: “Current global water and sanitation finance is 16 bn USD/year, but investments needed to realize the UN SDG6 water goals for 2030, signed by 190 countries in 2015 are 114 bn USD, 6 times more, a huge finance gap”.
According to a World Bank report of the 114 bn USD overall cost estimates, Sub Saharan Africa accounts for 31 percent of the global costs of reaching the goals (35,5 bn USD per year). For Northern Africa, 4,2 bn USD are needed, adding up to 40 bn USD for the Marshall Plan for Africa. India and China already invested billions of USD in their water and sanitation systems, to boost their economies successfully.

Financing the plan includes water fees for nearly all

After the meeting it was proposed that AMCOW and the African Union have to take the lead in drafting the Marshall Plan for Water, and to publish sector finance plans for the next decade by African governments, utilities and consumers (paying tariffs), capitalizing up to 20 billion USD per year. In many African countries, consumers don’t pay for water, or not enough, and this has to be changed to create sustainable services and bankable water companies. Pro-poor subsidies can be added to that.
The Marshall Plan for Water needs to indicate also how other actors can contribute to finance the other 20 billion USD per year, additional to existing ODA support. Jeroom Remmers of Simavi, a Dutch ngo and CSO focal point for the organization Sanitation and Water for All (SWA), believes that banks and other investors could pay 14 billion USD per year, while donors USA, UK, France and China pay 0,25 billion euro each per year and larger donors like the EU, Japan/S-Korea, Germany and remaining OECD countries could each pay 1 billion euro per year (0,35% of OECD ODA; doubling their existing WASH ODA budgets, partly grants, partly loans).
Private funds like the Bill & Melinda Gates Foundation and company funds (WBCSD members) together need to pledge and pay the remaining 2 billion euro per year. Remmers: “Five to ten percent of the Marshall Plan for Water funds have to be used to create better enabling environments, like creating good governance structures, anti-corruption measures, participation in decision making processes from civil society – including marginalized people and women – and technical and financial training”.

AfDB’s Director Water and Sanitation Ms Wambui Gichuri explained once again the importance, stating that in nearly all African countries, more than 50 percent of the population do not have access to at least basic water and sanitation services. Gichuri: “If countries invest in this sector, economies start growing fast. Inadequate water and sanitation services create 780.000 deaths worldwide per year from diarrhea and cholera, more than deaths from flooding, droughts, epidemics, earthquakes and conflicts combined”.
Mr Ger Bergkamp former director of the International Water Association (IWA) said that reaching the SDG6 goals needs 3 million water practitioners. Sareen Malik, vice chair of SWA and African CSO coordinator ANEW: ‘We need this Marshall plan!”. Catarina de Albuquerque, CEO of SWA: “SWA welcomes initiatives to raise political prioritization of water and sanitation to meet SDG6. We are ready to work with, mobilize and support our partners. 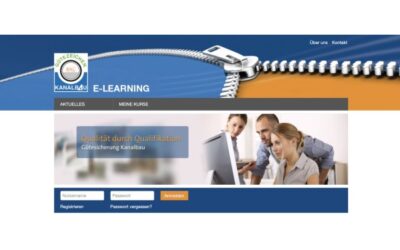