Home » Winners of the Brains for Brine Challenge awarded at Aquatech

Winners of the Brains for Brine Challenge awarded at Aquatech 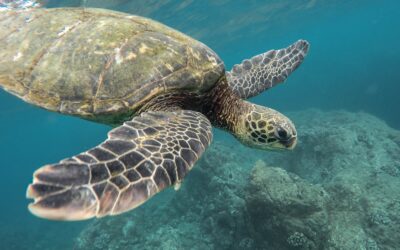 Along the coast of the Red Sea, numerous desalination plants produce fresh water for the inhabitants and simultaneously discharge huge amounts of brine into the Red Sea. This poses a great danger to the marine life and in turn poses a risk to developing the Red Sea Area for tourism. The Red Sea project aims at establishing an exquisite luxury tourism destination with islands, nature and culture, setting a new standard of sustainable development and positioning Saudi Arabia on the global tourist map. One of the aspirational sustainability targets of the project is to reach zero discharge, i.e. 100% waste water re-use and no brine discharge into the Red Sea.
At Aquatech Amsterdam, the five finalists chosen from more than 125 entries from all continents except Antarctica gave short presentations to explain their concepts. The session and the following awarding ceremony were hosted by Paul Buijs, Center Liaison Officer for the KAUST (King Abdullah University of Technology in Saudi Arabia) Water Desalination and Reuse Center (WDRC).

Sebastian Castano, from the Netherlands’ research institute Wetsus, was awarded the first prize with special mention of the jury for his concept of a combining a bio-based desalination process using algae ponds with a mechanical vapor recompression (MVR) process. About 70% of the brine shall be treated in the algae pond, where the algae produce starch out of the brine and deliver clean water that can be used for irrigation purposes. The MVR evaporator is applied to produce salt. The salt and the starch can be processed to an eco-friendly building material by combining it with an eco-epoxy coating.

Second prize: using brine to save the Dead Sea

Maria Nava Ocampo, from KAUST, explained how a pellet softening process installed in front of the desalination process (reverse osmosis) is able to precipitate calcium and magnesium from the raw water, eliminating the need for antiscalant and acid dose to prevent scaling of the RO. Furthermore, the concept implies a 2nd stage RO for NaCl brine concentration up to the concentration that can be used of chloralkali or Solvay process.

All five nominees are winners!

Clara Skuse, from Manchester University, UK, described a concept, which includes pretreatment of seawater by nanofiltration, precipitating calcium carbonate from the NF retentate and mixing the remaining liquid with the calcium-free RO retentate. This brine is intended to undergo a combined membrane distillation (MD)/ membrane crystallization (MCr) process to obtain a mix of NaCl and MgSO4. A graphene oxide membrane shall be installed in the MD system. The energy amount for the process is intended to be supplied by photovoltaic panels. To optimize the operation temperature of the panels and the overall energy balance, brine shall be used as cooling medium for the panels.
Morez Jafari, from TU Delft, presented his concept of “water metabolism” which aims at integrating different processes: Pre-treatment of the seawater by NF and following calcite precipitation, treating the calcium-free desalination brine in an algae process to produce water for irrigation and valuable substances from the algae, and recovery of acid and base solutions from the remaining salts of the brine stream (such as Sodium Chloride). An Electro Dialysis Bipolar Membrane (EDBM) process was suggested to produce acids and bases that are required for membrane chemical cleaning (CIP) in all the membrane stages in the process.