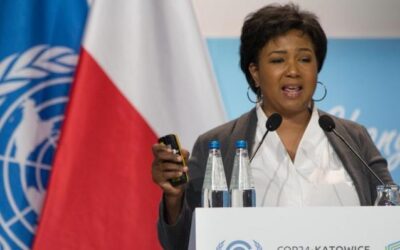 The event, which featured United Nations Secretary-General António Guterres, Poland’s Prime Minister Mateusz Morawiecki, COP 24 President Michał Kurtyka, and UN Climate Change Executive Secretary Patricia Espinosa, highlighted the mutually reinforcing and critically important cooperation between state and non-state actors needed if the world is to keep on track to the 1.5 °C goal of the Paris Agreement.
Speakers matched their words with action – including ING CEO, Ralph Hamers, who announced a landmark finance collaboration with BBVA, BNP Paribas, Standard Chartered and Société Générale to measure the climate alignment of their lending portfolios, with the aim of steering them in line with the Paris Agreement. Specifically, the banks – which have a combined loan book of €2.4 trillion across a range of sectors – have signed a commitment letter, pledging to finance change and put their balance sheets to work.
Of this commitment, Mr. Hamers said, “It shows that banks are becoming increasingly ready to take the bold steps needed to play our part in achieving a low-carbon economy.”
To support the bridge-building effort, First Minister of Scotland, Nicola Sturgeon, announced £200,000 for the Marrakech Partnership for Global Climate Action, to encourage collaboration between government, business, and wider society to immediately lower emissions and increase resilience against the impacts of climate change.
In his remarks opening the morning’s session, United Nations Secretary-General António Guterres spoke on the central theme of the event, Embracing Inclusive Multilateralism: “Only global answers can solve global problems. Embracing inclusive multilateralism is the way to go, but it needs to adapt to the meet the global challenges we currently face. We now need networked multilateralism.”
Dr. Mae Jemison, the first African American woman in space, joined the Secretary-General in sounding a note of urgency for assembled delegates, saying, “We need reality checks and we need hope. The earth doesn’t need us; we need the earth.”
The full text is available under https://unfccc.int/news/cop24-global-climate-action-opening-unleashes-new-finance-pledges
Further information about the Katowice Climate Change Conference can be found here.