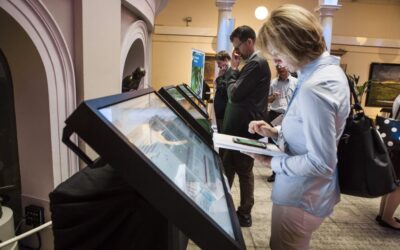 “Water – the lifeline of our planet – will be needed to achieve nearly every Sustainable Development Goal, and to face the challenges that climate change presents,” said Karin Lexén, Director of World Water Week at Stockholm International Water Institute (SIWI). World Water Week 2016, themed Water for Sustainable Growth, welcomed 3,100 participants from over 120 countries. Implementation of the Sustainable Development Goals (SDGs) including the goal on water (Goal 6) was one of the key issues discussed by high-level policy makers, development and water professionals, researchers, civil society and private sector representatives.

"Water is a shared responsibility"

Throughout the Week, there was a focus on implementation and action, particularly on local and city level, marking a transition from the global discussions and negotiations that led to the adoption of the SDGs and the Paris Climate Agreement in 2015. “In order to achieve the SDGs; city and local leaderships are crucial; that is where we will find the drive. It is also important that civil society, businesses and social entrepreneurs are engaged, to learn from each other to create smart, viable and sustainable partnerships. Water is too important to keep inside the water community – water is a central part of the entire society,” said SIWI’s Executive Director Torgny Holmgren. This was underlined by Sweden’s Environment Minister Karolina Skog: “Water is a shared resource and a shared responsibility. The private sector has an important part to play. It has the competence, the technology and the ability to invest. Responsible water usage is an economical advantage and will pay off both for sustainable business models and for new innovations.”

Water as a carrier to achieve the 2030 Agenda

This year, World Water Week offered an opportunity for key actors to meet and take stock of progress towards the SDGs and the Paris Climate Agreement, from a water perspective. The Week will provide an annual update, tracking water in the global development agreements until 2030. The Week also welcomed representatives of the High Level Panel on Water, which was established earlier this year by UN Secretary General Ban Ki-moon and World Bank President Jim Kim, with the aim of furthering the water-related SDGs. The Panel representatives used the Week to get input from the wider water and development community. “We must continue to focus on water as a carrier to achieve the 2030 Agenda, and to push for better integration of water into the global climate agenda,” said Karin Lexén.

"The challenge of our generation"

Abdeladim Lhafi, High Commissioner for the upcoming COP22 (the 22nd Conference of the Parties to the Climate Convention) and High Commissioner for Water, Forestry and Fight Against Desertification in Morocco, told the Closing session that COP21 in Paris was “a historical turning point, a diplomatic success, it was a COP of decisions. COP22 will be the conference of implementation.” “Climate change is the challenge of our generation. There is a great need to identify risks and vulnerabilities. Preventive measures are much more cost-efficient than re-active ones. Smart water proofed climate investments will give payback in several ways,” said Swedish Environment Minister Karolina Skog.

Call for a Green Water Initiative in Africa

During the Week, climate was also discussed in relation to alleviating hunger in sub-Saharan Africa. Professor Malin Falkenmark, SIWI, called Africa’s climate its “Achille’s Heel”, and said that rainwater harvesting and other green water management methods are necessary to alleviate hunger in sub-Saharan Africa and meeting the SDGs. Together with other water and climate experts, she called for a Green Water Initiative in Africa.

Two prizes were awarded during World Water Week. On Tuesday 30 August, the Stockholm Junior Water Prize was awarded to a student trio from Thailand by H.R.H. Prince Carl Philip of Sweden. On Wednesday 31 August, the Stockholm Water Prize was awarded to Professor Joan B. Rose, USA, for her tireless contributions to global public health. The prize was presented to Professor Rose by H.M. Carl XVI Gustaf, King of Sweden.
World Water Week 2016 was the 26th edition. The 2017 World Water Week, to be held from 27 August to 1 September in Stockholm, will focus on water and waste under the theme “Water and waste – reduce and reuse.”