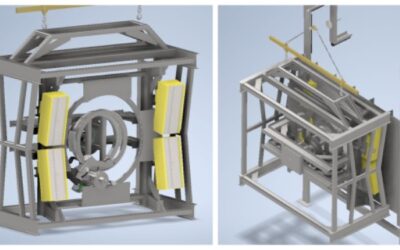 The concept design of the RESURGAM system devised by Forth. photo: Forth

November, 30 | An innovative collaborative project which will see the development of a world-first underwater robot to repair a damaged ship’s hull while still in transit has been shortlisted for a prestigious industry award.

Funded by the European Commission, a total of 11 partners from across seven countries have been working on the pioneering RESURGAM (Robotic Survey, Repair and Agile Manufacture) Project which will result in pioneering friction stir welding (FSW) technology being developed to prevent ships having to dry dock for repairs.

The high standard of collaboration and innovation on the project has been recognised as the RESURGAM project was shortlisted in the Manufacturing Technology category at The Engineer Collaborate to Innovate Awards 2023.

A Collaboration across Europe

Chris Downham, the operations manager at Forth, said:

“Collaboration is at the heart of the RESURGAM Project and it has been a really exciting initiative to work on as it has pulled together a variety of organisations, such as SMEs, naval architects, research organisations, universities and welding institutions, from different countries across Europe.

There have been numerous challenges posed throughout the collaboration which range from differing points of views and expertise, not to mention any language barriers, but the project has been divided into smaller work packages and the effective management of these have provided an open platform for comprehensive solutions.”

Covid-19 was a big challenge to overcome

“One of the biggest challenges we had to overcome was that we were not able to meet each other for the first 18 months of the project due to the Covid-19 pandemic and, despite the wonders of modern technology, speaking to one another over a computer screen often led to miscommunication about practical problems.

However, the entire project team has overcome all obstacles in its way and we have made great progress on developing a tool which will be truly pioneering for the shipping industry, and it’s great recognition for all our efforts to receive a nomination for such a prestigious award.”

Over the past 24 months, the European partners have been working to create the world’s first underwater robot which can be controlled from a safe, remote distance and is able to repair a damaged ship’s hull using pioneering FSW technology.

The project has been created with the long term view to allow FSW work to be carried out on the hull of the ship while still at sea, removing the requirement for the ship to travel to the nearest dry dock. RESURGAM will tested in early in 2023 and it is hoped that if successful further funding can be obtained to take the product to a commercial state.

The process of docking is an extremely costly one to industry as it can take the ship out of action for days, but the RESURGAM technology will allow a responsive repair to be carried out, from a remote distance, anywhere in the world, so would save industry a substantial amount of time and money by allowing the ship to continue on its path without any disruption.

The technology will also remove the risk to human life as it takes away the requirement for specialist divers to work on the ship’s hull in often hazardous conditions.

Chris said: “Finding solutions to ensure we can develop an effective tool has been a challenge we have enjoyed tackling as a team. A big challenge to the team at Forth was the design of a frame which could be mounted to the side of a ship’s hull to allow the FSW to take place underwater in a vertical plane.

So in order to secure the RESURGAM tool to the hull, we came up with the idea of a circular track frame which would hold the weld held to the hull by using four super strength R1000 electromagnets.

We are able to test the functionality of the tool in Forth’s Deep Test Pond, which is one of the largest facilities of its kind in the UK as it can hold up to 1.2 million litres of water, and we’re excited for the next step when the equipment is brought to a commercial market.”

The Engineer Collaborate to Innovate Awards will be held in London on Thursday, February 23.

Waterverse is a new collaboration of ten EU-countries. One of the ambitions is to make water sector data management practices and resources more accessible, affordable, secure, fair and easy to ... 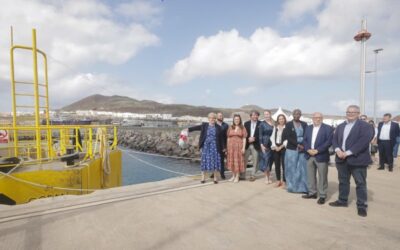 The Norwegian company Ocean Oasis is testing the Gaia prototype: a offshore floating desalination plant. It is powered by wave energy  to carry out a desalination process of ocean water and pump potable water to ... 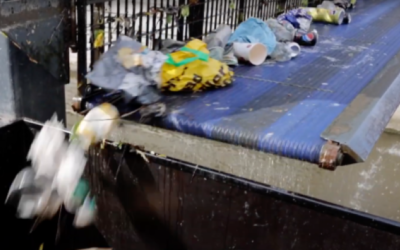 At least 70 cities in Europe can now prevent huge amounts of waste from ending up in the sea. This has been demonstrated in the city of Aarhus in Denmark, where the robot SeaProtectorOne, made by All In On Green, ...