Home » Water management: Águas do Porto combines data from 22 types of sources into a Digital Twin

The hydraulic infrastructure and water resources in Porto had become dense and complex, due in part to a growing number of tourists, with over 1.5 million people visiting Porto in 2017 alone. To improve water system management and system resilience, AdP needed to create models for various systems that incorporate weather forecasts, water supply, sewer flow, and storm drainage rates. These models would consume large amounts of data from sensors throughout the system, including sensors measuring customer water use and billing.

AdP gathered all water system data within dozens of siloed software systems. However, finding information and gaining actionable insights became difficult as the volume of data increased. To manage the growing number of systems and data sources and provide reliable service to its customers, AdP decided that establishing an integrated management system was paramount for handling the entire urban water cycle effectively.

Promoting a Culture of Innovation

The organization planned to create a unified smart water management platform called H2PORTO, which it would use to promote a culture of innovation and efficiently harness its existing resources and data, rather than build new systems. To build and manage H2PORTO, AdP awarded the contract to a consortium that included Bentley Systems, a leading provider of infrastructure software solutions. The five-year contract called for the consortium to implement and maintain the platform within the first 14 months.

Combining data into a digital twin

H2PORTO integrates data from 22 types of sources, including billing, meters, sensors, operations, weather stations, and control systems. By combining the data into a federated digital twin, AdP receives the near real-time status of each part of the water system in a single view. Now, AdP can model and forecast the entire water system at once, rather than separately modeling each part. Moreover, H2PORTO displays the information in user-friendly dashboards and incorporates automatic alerts and warnings for when potential problems arise. The platform provides AdP with the ability to visualize the water system and get greater insight into it. “Integrating all this data in an agnostic technological platform management system, the company created a powerful tool that allows, on one hand, better and more reliable service, and on the other hand, more structured and effective communications and collaboration, not only for its 400 internal users, but also for customers and other stakeholders, like the Porto City Council,” said Pedro Vieira, head of IT and innovation at AdP.

AdP created three nested meteorological models that provide a high-resolution weather forecast, and wave models keep track of the ebb and flow of tides. The H2PORTO platform uses the weather and tide data to automatically update forecasted water levels and alert team members about flood risks. By forecasting three days in advance, AdP can more effectively respond to potential problems, know when to repair or replace assets, and keep the water system resilient.

With H2PORTO fully operational and integrated into all parts of the water system, the city of Porto has seen significant improvements to its water supply. Water service interruptions fell by 22.9% and the number of sewer collapses decreased by 54%. Repairs for pipe bursts and sewer and service connections improved as well, by 8.3% and 45.5%, respectively. These improved repairs allow for a consistent water supply in the region.

AdP also realized numerous returns on investment with this new platform. The volume of non-revenue water dropped by 3.5%, and the rate of replacing traditional water meters with smart water meters has nearly doubled. Integration of real-time data and producing information available to teams in the field produced operational gains of 23%. Since H2PORTO is remotely accessible via a tablet, technicians now use the platform to register asset details and changes without having to file paperwork between offices.

By unifying the data produced by formerly siloed systems, AdP has improved the accuracy of the data produced from sensor readings to nearly 99%. With more accurate data, AdP has improved overall decision-making and reports its employee and customer satisfaction have increased. “The design and development of this tool promoted improvements and changes in operation and maintenance, as well as improved meticulous yet crucial tasks that were hindered by obsolete habits and routines,” said Vieira.

Inspection: ensure your cooling tower is up to the task

Regular inspection of HVAC systems is vital to ensure they are functioning well, are in good condition, and ready to deliver dependable service in the coming ...

Harvesting drinking water from humidity around the clock

Researchers at ETH Zurich have developed a condenser for countries where water is in short supply. Theirs is the first zero-​energy solution for harvesting water from the atmosphere throughout the 24-​hour daily ... 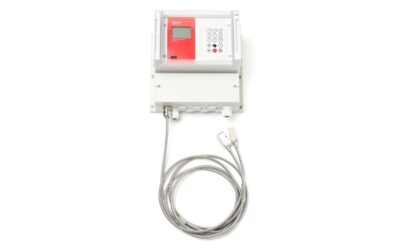