Home » Energy from the oceans

Energy from the oceans 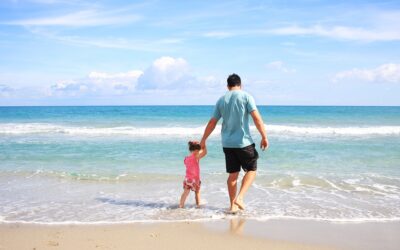 As the planet increasingly looks to curb greenhouse emissions, it is not uncommon to see solar and wind energy take center stage in the debate. However, a sometimes-neglected form of energy could play a major role in preparing economies for a future that is less dependent on fossil fuels—tidal energy. The potential energy that could be harvested from tidal movements on a global scale is enormous. It is estimated that around 1 terawatt of exploitable power is stored in the world’s oceans. This would be enough to power 10 billion 100-watt lightbulbs at once.

The world’s first subsea offshore tidal array, known as the Paimpol-Bréhat Tidal Array developed by Electricité de France (EDF) will soon be ready for operation. The second turbine will soon be deployed onto the seabed and join the first turbine already in place together with GE Power Conversion’s subsea converter. Once completed, the Paimpol-Bréhat Tidal Array is expected to reach a total capacity of 1 megawatt (MW) of power. The array uses a subsea converter system, supplied by GE Power Conversion, to control the turbine and convert the electricity from AC to high-voltage DC, minimizing the energy loss when the power is transmitted 16 km back to shore. It is then converted back to AC by GE’s drive at the onshore facility before being delivered to the grid.

While prices for fossil fuels such as oil are currently low, the volatility and insecurity of the price remains a risk factor for plant operators and end users alike, making management and long-term planning difficult. Moreover, in a bid to reduce greenhouse emissions, there is a pressing need to move away from reliance on fossil fuels towards a wider energy mix. Many European countries are already embracing tidal, with France and the U.K. as leading examples. France first embraced tidal in 1966 when it opened the Rance Tidal Power Station. Today, Rance continues to generate 600 gigawatt hours a year, powering 130,000 homes. As the station enters its fifth decade of production, we understand how to harness tidal energy better and are also able to employ new technologies to make it more efficient while lowering the cost. Across the channel in the U.K., there are a number of tidal development projects being considered.

One of the most notable projects, the proposed Swansea Bay Tidal Lagoon, would be set in the Severn Estuary. The selected location holds the second highest tidal range in the world. Once production starts, it is anticipated that it would reliably generate enough power for approximately 155,000 homes every year for 120 years. Tidal lagoon projects are built using mature hydro technology. Much like a hydroelectric dam, a tidal lagoon functions by allowing water to enter and leave the lagoon, which in turn drives a turbine within the housing. Plans are already being made to build another tidal lagoon in Cardiff, which would anticipate providing power for over 1 million homes.

Tidal plants can also meet the challenges faced by renewables by providing the industry with a baseload. Since tides are predictable and do not occur at the same time along same stretch of coastline, plants can be regulated and designed to work at full capacities on alternating pre-determined schedules, thus providing constant available power to the grid. Thanks to new technology, a number of tidal energy options have now surfaced; ready to transform the way we generate energy for our growing demands.