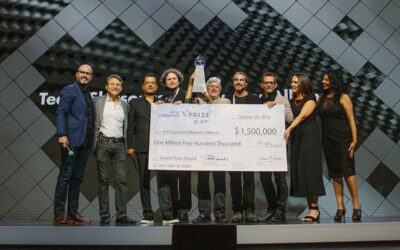 According to XPRIZE, the team initially did not make it to the final round of the competition but was invited by the judging panel to re-join the competition after another finalist team withdrew. The team therefore had a truncated amount of time to prepare for testing and ultimately had to mortgage their house to stay competitive.
Sources/Further information: A device that can pull drinking water from the air just won the latest XPrize The Path to a Water Abundance XPRIZE Winner The skysource/skywater alliance wins Xprize